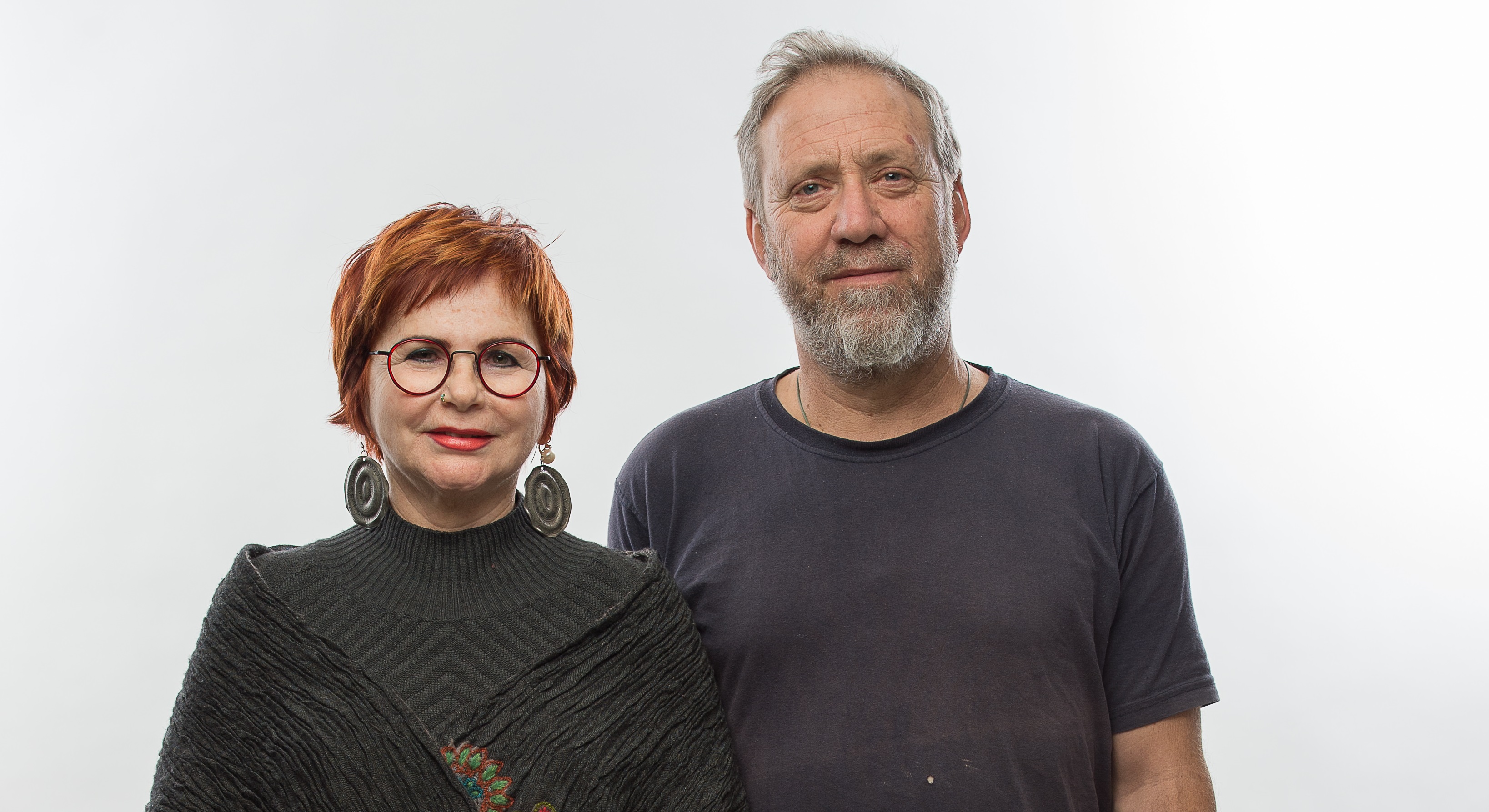 This project is a collaboration of two artists, who mastered their fields. Miriam Mass, a multidisciplinary artist, whose artworks are based on colored fibers on mesh, which together create a magnificent texture of conceptual symbols and similes and Yitzchak Freeman, a blacksmith who specializes in working with recycled metal, as well as stained-glass, mosaics, stone.

The pomegranate project is about the symbolism of the pomegranate, not just its beauty. The pomegranate is dated back to the early days of creations, as many scholars believe the pomegranate was the forbidden fruit in the Garden of Eden. Its’ importance has been recorded in ancient Babylon and Egyptian cultures; in Greek Mythology, Hinduism, Buddhism, Christianity and Judaism, as one of the fruits which the scouts brought to Moses to demonstrate the fertility of the “promised land”, as well as being a decorative element in the priestly garments in the Temple in Jerusalem.

Miriam was inspired by the sensuality of the pomegranate, its’ color and form. The contrast between its opaque hard exterior and its’ profusion of soft bright, life bearing seeds held within, an inviting world of possibilities and temptations. To realize these inspirations, she invited Yitzchak to collaborate in giving them expression. The almost infinite possibilities suggested within being translated as a multitude of different surface treatments of each pomegranate . This idea finds form in their work, as the steel used recycled from barrels (themselves containers) is contrasted with the soft bright textures of the fibers externalizing the richness of the interior.